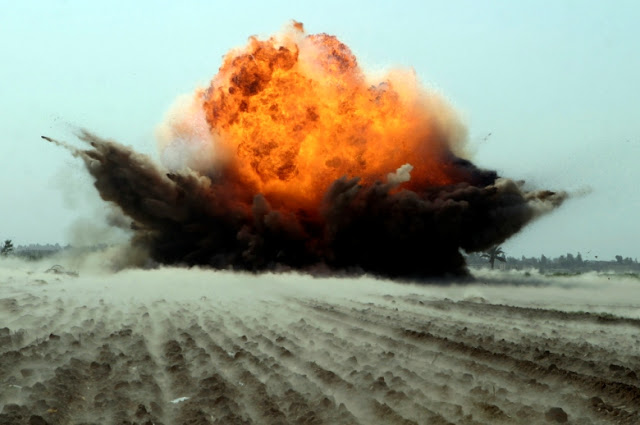 Welcome Back with a bang on Take the Average. Hope you all had a good christmas and a good start in 2019.

I tried to get in contact with Jeff Combos for a long period now. I really would like to get a license for some Ubiquity Ideas of my own. If you could help me, you would be most welcome.
What happened in the last weeks?

There is a shop wide discount running until the end of January (DriveThru included). 30% off.


The "Cthulhu Codicil" Kickstarter was a succes with 1000 Pound more than the 5000 Pound funding goal.
Book should be ready in May. Triple Ace is very good in sticking to this announced release dates. That is (sadly) something special!

The PDF of Satans Playground is out for everyone (16.99$/11.89$ in January sale). Physical Books and Dice are shipped to the Backers. Mine is not here so far, but we have a picture from Facebook. 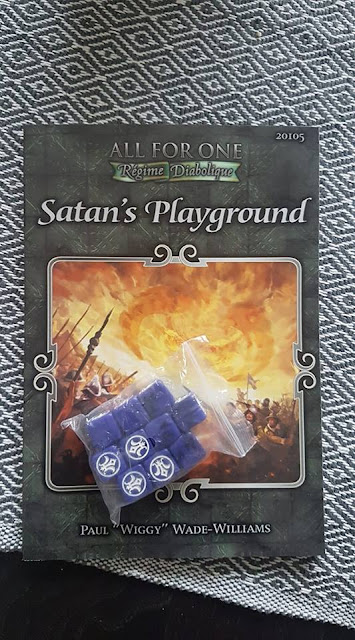 The PDF for the Leagues of Ghotic Horror Adventure "Ghostwriter" Kickstarter is out for the Backer, too. I took only a short look so far, but it seems pretty good. Would love to see some review about it. Please let me know if you found/made one!

The „Mars“ planetary sourcebook for Space: 1889 is now available as PDF via DriveThruRPG, as well as the „Mars - Additional Content“ PDF containing four articles on Martian topics that have all been written from the perspective of 19th century observers. Also available is „Murder on the Ether Express“, a new adventure by Kieran Turley, as well as in Ubiquity as in Savage Worlds Edition. Go get your copy now.
No release-date for the print so far... 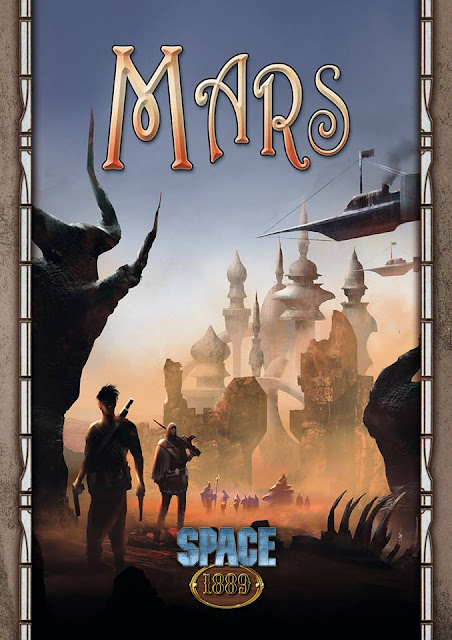 In this source book, we offer you an overview of the planet and its peoples, divided into eight great regions:
Join the British colonial efforts and the war against the militaristic Oenotrian Empire in the Central Basin, compete for allies, or fight for resources!
Experience the Eastern Basin (almost) as it once was before the human colonists arrived: Full of intrigue and border skirmishes between the strange city-states.
See for  yourself the inhuman  practices  of the  Earth  invaders in  the  Western Basin, where Martian rebels unify against the exploitation, and the tradition-bound Tossian Empire slowly rouses from its slumber.
Travel with the Caravans across the Eastern Desert, the region marked most strongly by the great fall, and search for ancient relics and secrets. See what Mars was once like in the lush relic Green Vein.
Rejuvenate trade in the Western Desertalong the Tea Road, the source of all cultural and goods exchanges between the peoples of this region—which is not unlike the Silk Road on Earth.
Travel the Northern Polar region and bring order to this lawless desert with nothing but your honor and your trusted muzzle loader.
Or end up in the Southern Polar region, where a lone man can rise all the way to warlord with a blade, some technology worshipped as magic, and an iron will.
Many canal cities are described in detail, as well as the backgrounds of Martian cultures and their history. The source book describes Martian technology—some of which is quite ancient—and provides numerous pieces of equipment you can use to enrich your game. Dozens of creatures and eight ready-to-play archetypes (with a focus on Martians) are presented. And, finally, an entire chapter is dedicated to the many secrets of the Red Planet …
Last but not least, the scenario The Emerald Waters will introduce your adventurers to the exciting world of Mars. 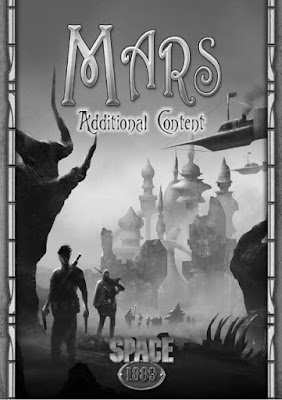 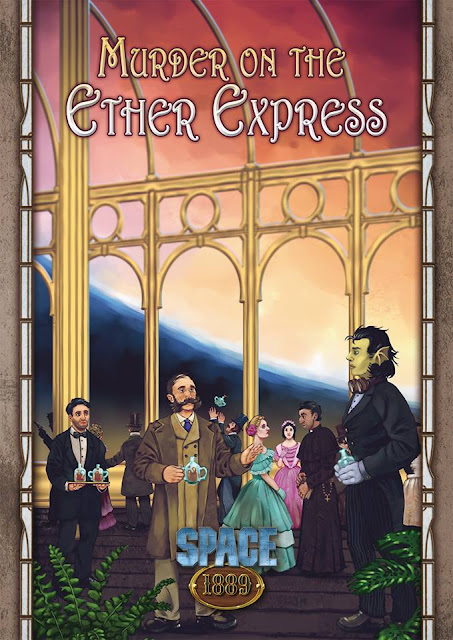 The RMS Aetheria is a marvel of modern etheric engineering capable of incredible interplanetary speeds and, if the owners are to be believed, the fastest civilian ship in the solar system. Of course, this brash claim requires proof and the adventurers have been lucky enough to secure passage on the ship’s shakedown cruise, during which the vessel and her crew will be put through their paces.
They are not alone, however. The wealthy aristocrat Montague Harrington-Hyde has commandeered the ship for one of his famous business parties where, if rumor is to be believed, fortunes are made and lost. This isn’t the only thing they need to worry about, as the competition eyes the Aetheria with jealousy, and the Tossian government sent one of their ambassadors along for the ride.
Can they navigate the world of the aristocracy and rub shoulders with the elite without causing a stir or making the front page of The Times? With sabotage, political skullduggery, and maybe a murder or two in the cards, can they even survive this ship of secrets?

The Germans made another book for Space:1889. A compendium with new rules, new vehicles, archetypes, etc...
So far german only, sorry.
Love the Coverart. 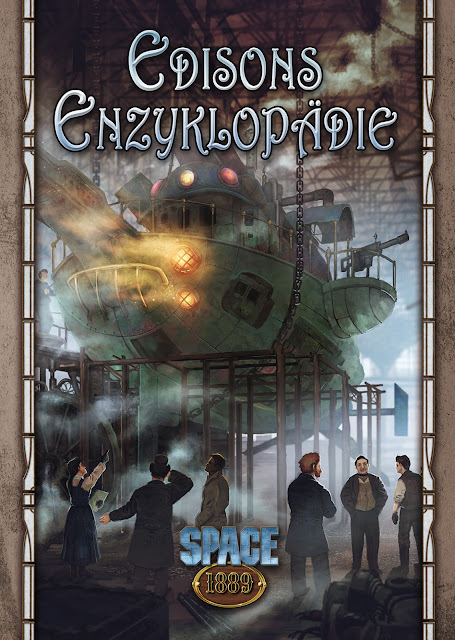 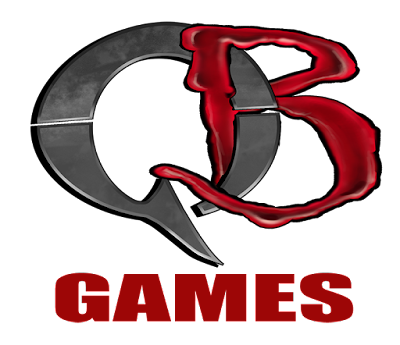 "Our second book, Dark Designs, has been completed at the printer. Backers should get their books before January is over." 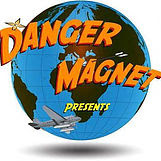 The first Tie-In Adventure for the Legacy of Darkness Campaign was send to the Backers on Christmas. An All for one Adventure for some mighty musketeers! 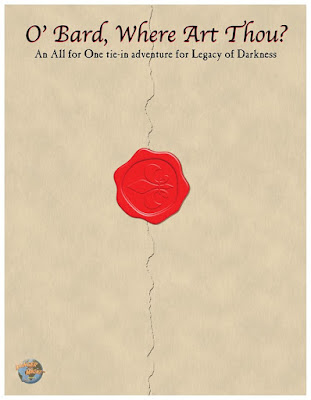 "The King’s favorite storyteller has gone missing and the Musketeers are tasked with locating the bard and getting him back to the palace before King Louis XIII notices his absence. But, their journey leads them to discover a dark truth and experience first-hand the Legacy of Darkness..."

Runeslinger shared a Youtube Link for his Leagues of Cthulhu Adventure in Alcatraz Sessions. Tune in!

As a result of the kindness of friends, I had the opportunity to demonstrate a taste of Leagues of Cthulhu, the award-winning, and very personally satisfying Triple Ace Games take on Lovecraft's Cthulhu Mythos via the Ubiquity Roleplaying System. What follows is a scenario which features characters of varying experience drawn to the US Army Prison on the island of Alcatraz in the year 1892. Forbearance Corbett, a lieutenant assigned to the Engineers Corps tasked with expanding the prison and hospital facilities on the island may have been murdered - or worse...


That`s all News I have for now.

Thanks to Mr. Counter for giving me a kind push to work here again!

Feel free to share this article as you want. New readers are always nice to have.


Any Mistakes? Forgot something? You want to share your stuff or release your own article here?
Let me know!